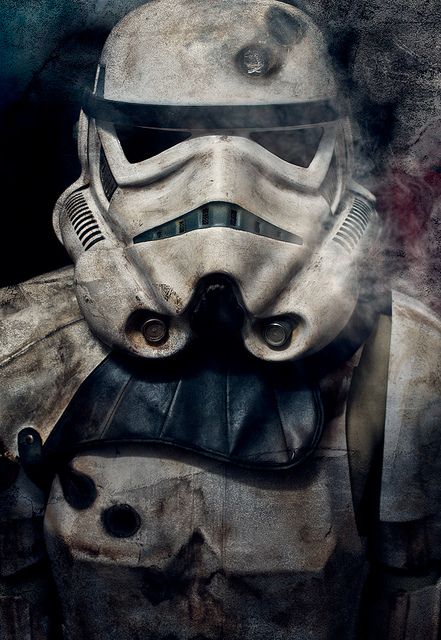 Den Luks was born on Duro to a small family of one older sister and his parents. More specifically, he was born on one of the many orbital cities that orbited the ravaged surface, Jyyvus Space City. It was a difficult life for his parents and sister working in the shipyards that dominated the economy of the world, but it was an honest living.

Den was told sad tales of the bombing of Duro by the infamous General Grievous, rendering the surface almost entirely uninhabitable. It was the empire that helped relocate the populace to their new life, saving many lives from radiation poisoning, and other nasty deaths. Den feels no ill will towards the empire, but the same cannot be said for many of the citizens.

He has witnesses many acts of xenophobia against his people at the hands of other citizens of the stations, and his patients rapidly grew thin. Though his parents learnt to deal with it non aggressively, in his youth Den got into many fights as a result of his short temper. When he came of age he was determined to join the military, to prove what so many had said to insult him wrong. Though his parents and sister feared for his safety, they accepted his decision, and they parted ways on good enough terms.

In the stormtrooper academy, despite his biology Den proved to be a more than competent soldier. Though he lacked the capacity for the planning needed of an officer, he showed himself to be able to follow orders well, and to show no remorse following out his orders. He was noted to have great potential, but it was also seen that his temper was still short, and he would lash out without much thought at those who poked fun at his species. Despite this, he eventually graduated as a stormtrooper, ready to prove himself in the galactic theatre.

Justice: Den has seen his fair share of xenopobia over the years throughout the empire. His family have suffered as a result of it, being denied good jobs, facing aggressive individuals in the street, sly words behind their backs. His parents lived through much of the same during the time of the republic, and they have learnt to weather such things, but Den has not. He refuses to accept this kind of treatment from people, many who he even sees as being lesser than he. His joined the military for respect, to prove than an alien can do it, and do it better. He will do whatever it takes to prove himself and his species as one of the best.

Combat Victory (2): Den may lack in many areas, but fighting is not one of them. His lack of concern for his own safety can make him a lethal, if reckless opponent. He does not have the mind for the greater strategies of an officer, to him it is as simple as winning whichever battle he is faced with. To him, victory is killing the enemy, it's as easy as that (at least in his mind).