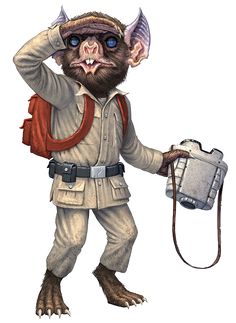 Armor :
Mechanic's Utility Suit
-Counts as having a tool kit.

As a Force Sensitive Exile, Mordrek knew he could not run indefinitely. His best chance of survival would be to join the ranks of the Alliance. They are the only hope of restoring peace throughout the galaxy by defeating the Empire. The Alliance still respect the Force, which mean he would be safer at their side and having reliable allies. He will put his skills to contribution to help hasten the Empire downfall.

Prior to joining the Rebellion, Mordrek always hated the Empire. He grew an orphan because of them and so he always worked to undermine them. Doing so, he had to act in the shadows, and he needed resources to survive. Between his small actions agaisnt the Empire, Mordrek took contracts from the underworld. During one of his mission to gather intel for a Hutt from an empire outpost, all hell broke loose. A squad of rebels assaulted the outpost as he was about to enters it. As he retreated, he saw what he think was a weird red glowing stick, a lightsaber maybe. Another squad of rebel intercepted Mordrek and exfiltrated him. The inquisitor was there for him they said, and they were there to protect him since he was force sensitive. From that day onward, Mordrek worked with the Alliance, gathering Intel whenever he could, helping break free others sympathetic to the cause, and working toward the fall of the empire and rebirth of the Republic.

The Player Character believes in the Republic and all it stood for. He is determined to restore it in all its glory (and hopefully to what it was before corruption set in).

The PC knows that every victory hinges on knowing as much about the Empire's military might and other assets as possible. He is driven to gather any and all potentially useful data, wishing to locate vital and vulnerable targets for Rebellion forces to strike at. He not only wants to know what the Imperial military factions are up to, but also the state of technological research, economic policies, and other aspects of Imperial strength.


Free Starting Armor : Mechanic's Utility Suit
This set of clothing is really just a utility suit lined with pockets and straps filled with all sorts of common tools that the technician may require.
Defense Soak Price Encum HP Rarity
0 2 1175 5 1 3
Counts as having a tool kit.