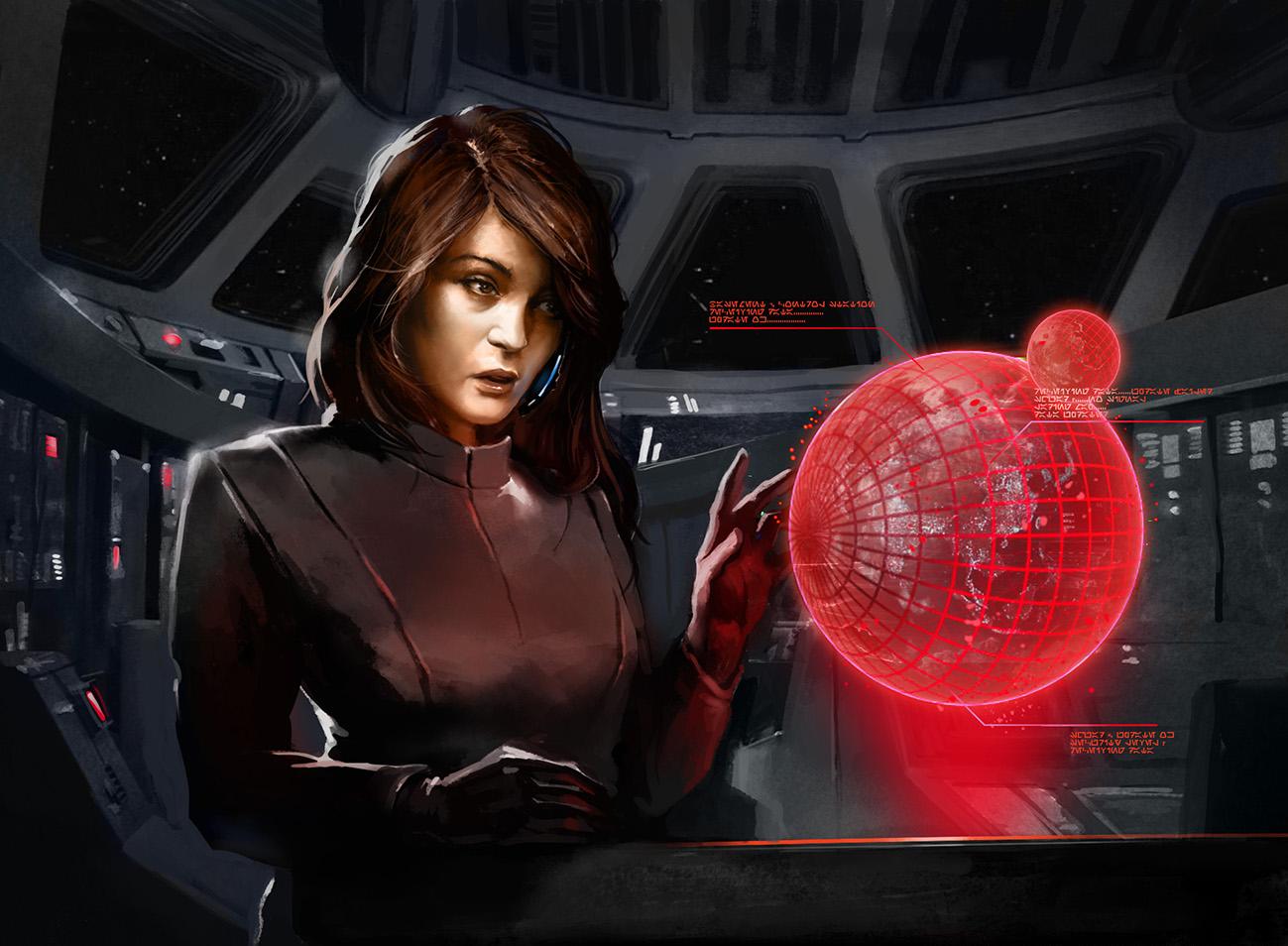 Katheryne grew up on Kuat. With both her parents working in the shipyards she spent most of her early years around ships. She was once allowed to walk the bridge of a Venator-class star destroyer before it was launched from the dry docks. That visit was when her dream began her dream to serve on the bridge of a Venator. Her parents tried to convince her time and time again that it would be enough for her to simply build the ships, but she never faltered.

She finally joined the republic naval academy when she was old enough. Things went well she made a few casual acquaintances, people she would likely recognise even today. There was one thing that annoyed her and that was that Jedi, people with less combat experience than her got the highest command positions possible, higher than even admirals.

After order 66 -The Jedi Uprising against the legal conversion from the republic to the Galactic Empire her education was redirected to the Imperial Security Bureau, where she and others would prevent happenings like uprisings and insurrections from ever taking place. She is currently on her first assignment outside her Academy.

Support the Empire - supports the empire’s actions and goals.

Dutybound- Her duty and belief in the total superiority of the empire will make her defend the actions of the empire and punish its enemies with impunity.

Physical - 20 years old, reddish auburn hair cut off right above the shoulders, blue eyes with both the colour and warmth of ice looking out from her frame of 5’7”/1.67m. Always seen wearing full uniform with the white dress-shirt of the Security Bureau, only occasionally without the accompanying hat.

Personality - cold and ruthlessly dedicated to the new regime, there is nothing she will let come between the empire and its greatness. She is so dedicated that she is one of those who willingly send anyone to a re-education centre.