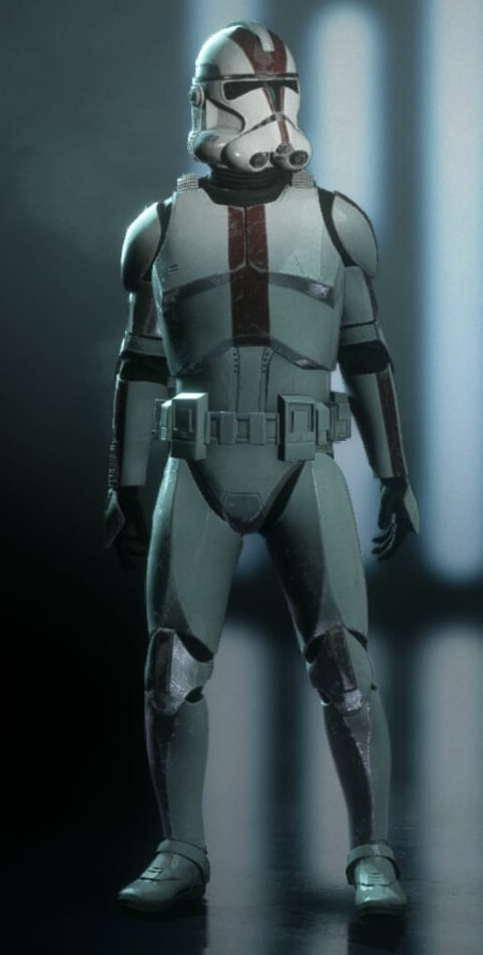 A Vetran of the Clone wars, Crush remains loyal to the empire

Cause: Support the Empire

Being a vetran clone, Crush was there at the collapse of the republic and the dawn of the empire. As such, he will defend the empire he helped establish

Dutybound: Being a Clone, Crush is Dutybound to the Empire

An old Clone, Crush prefers to wear his old clone armor, preferring it to the standard stormtrooper armor