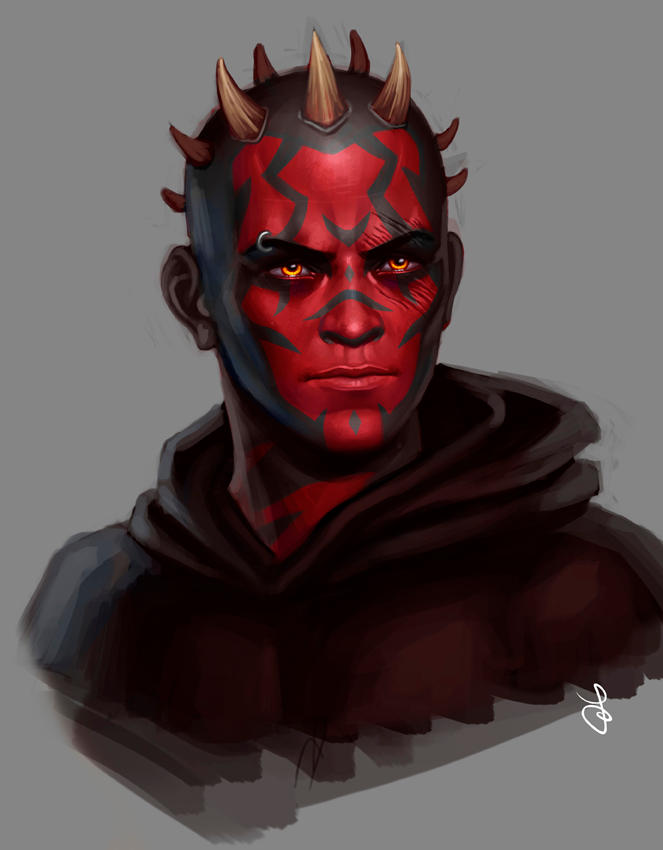 Zergas was raised in the Jedi Order before Revan and Malak left for the Mandalorian Wars. He was a fairly pleasant child, always acting kind towards others in order to make up for his terrifying appearance. Marked with horns and red skin, he inadvertently inspired fear in the other children. He was never particular good at saber combat, though he had a near affinity for the Niman style, or Way of the Rancor. He was able to direct the flow of his attack and defense using the force, but was never able to fluidly mix force techniques with his strikes, and in fact struggled to use even the most basic of force abilities. When Revan and Malak left, Zergas decided to go with them as he was unable to sit by why people in the galaxy needed help. At the time he was but 13 years old.

He fought bravely in combat, improving his saber skills only slightly but developing a new force technique that pulled on his ferociousness. This technique was known as the Force Scream, something that most Sith use through the power of the Dark Side. It allows a user to empower their screams through the force, smashing through the minds of those who hear it. Zergas, outraged by the injustice that he saw, had enough time to turn this into a much weaker but more consistent version of the same ability. He channeled his empathy and emotions into a roar that would debilitate, but often not kill, his enemies. This became his go to move in combat.

Eventually, the wars were over. Zergas thought the universe would be better, but the creation of Revan and Malak's new Sith Empire saw that this thought would not come true. Zergas was there at the destruction of Taris, and he regretted everything that he saw. At his next available opportunity, he fled the Sith, never to return.

He spent some time considering his next moves and decided that he could not sit idly by while the galaxy suffered. He returned to the Republic once more, this time in order to create a better galaxy and has been serving them ever since. He plans to use the techniques he learned serving under Revan and Malak against the enemies of the Republic.