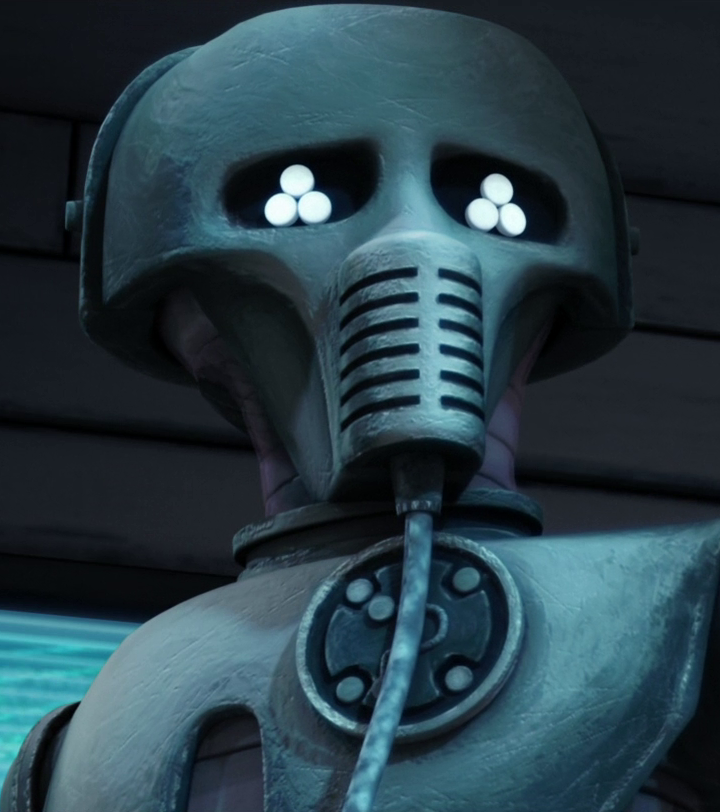 K4-BLM is a surgical droid that served the Republic as a field medic for his squad in the Clone Wars. Backed into a corner by Separatist droids while on a mission, Mara Keldier (the team's slicer) hastily reprogrammed K4 to help defend the squad, leaving several personality quirks in the process. K4 spent his years after the Clone Wars laying low with Mara, working at a repair shop on Dantooine. Having built such a strong bond with Mara, K4 followed her when she joined the rebellion. While she is no longer sent out on missions, K4 feels he shouldn't waste Mara's gift of repurposing and now defends his new squad.

Aspect: The team comes first. Accomplishing the mission is great, but not if we lose someone in the process.

*2 points Conflicted with The Directorate* - K4 was of great use back when he worked for Director Lozt with Mara. Leaving in the middle of a big, challenging project and joining up with the Alliance Special Forces left Lozt confused as to why a droid would choose such a thing. Lozt could really use K4's help completing the project, and believes Mara may be the leverage he needs to get K4 to finish his work.

*1 point Negative relationship with Santhe Corporation* - One of K4's first operations with the Alliance Special Forces involved going undercover within the Santhe Corporation. The research division employs all sorts of droids, so K4 made the perfect operator for the job. After successfully evading the mandatory memory wipe, he recovered the prototype for a synthetic kyber crystal and destroyed as much of the research as he could, significantly delaying Santhe's project.

1 free triumph for a Nuna III shenanigan during the Gray-faced man adventure.

Droid - Does not need to eat/sleep/breathe. Unaffected by vacuum, toxins, and poisons. Cybernetics cap of 6. Cannot use the Force or be affected by mind-affecting Force powers.