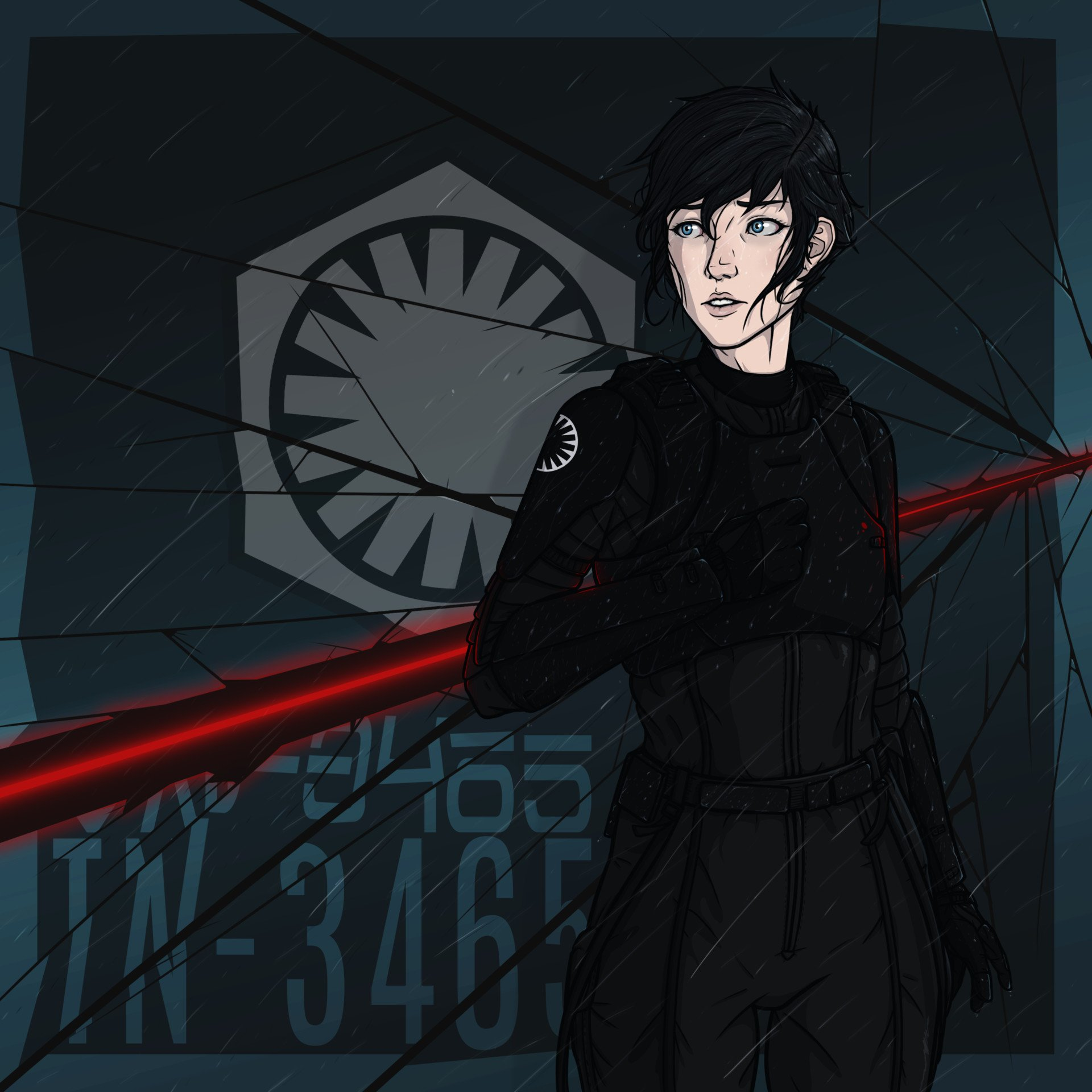 Vasira was born a few years before the Clone Wars ended with the destruction of the Jedi Order and the rise of the Empire, on a Mid-Rim world which found itself freed from the grasp of the CIS through the valiant efforts of the Grand Army of the Republic. Naturally, her family felt indebted to the Republic and later the Empire, same as most of the world. Though low in resources beyond agriculture, her world became well-known as a 'recruitment' world where many enlisted into the new Imperial military.

Vasira wasn't much different. Hearing stories of glory and those who restored peace, she always dreamed of becoming a hero of the Empire herself - to be more than just another farmer or grimy mechanic. Enlisting when she was of age, her aptitude and intelligence within the Imperial Academy had her considered and eventually approved for Officer training as well as basic training.

However, the stories of heroes and valiant efforts did not prepare her at all for the cut-throat social darwinism of the Academy. While she proved her skill numerous times, she was found to lack the 'cunning' required for an officer - someone unwilling to walk over those lesser than her. Only due to the respect she had garnered from some of her fellow students and instructors did she avoid getting assigned as a normal army or navy soldier, and was instead approved for the Stormtrooper Corps.

Now assigned to a platoon and fuming internally at the treatment she has received, Vasira has sworn to show up those who have scorned her, and prove she is willing and able to protect the Empire's people. Focusing on her marksmanship training, she'll prove that she will indeed only miss targets if ordered to do so...

Some people are meant for greatness, and Vasira is certain she is one of them. To be a true hero of the people and the Empire means to fight corruption and evil whereever possible, to ensure that the fragile peace after the Clone Wars is not disturbed by insurgents and Seperatist remnants - and only one who succeeds at creating a true, lasting peace will bask in the glory that a hero deserves.

Vasira may not strike one as a caring individual, but to her, every single Trooper lost while ensuring peace is a minor failure. She feels that to prove the academy wrong and become seen as the leader she was always meant to be, she needs the support of as many Imperials as she can get, which further heightens her focus on making sure the entire unit makes it back safe and sound on assignments.

Vasira is a very pale woman with light blue eyes and black, short hair. At 1.70 meters, she is not particularly tall or short, and would not stand out in a crowd at all if it weren't for her movements seeming a bit 'stiff' as is the norm for Imperial soldiers used to marching and standing in formation.