Edge of the Empire
4
Soak
Wounds 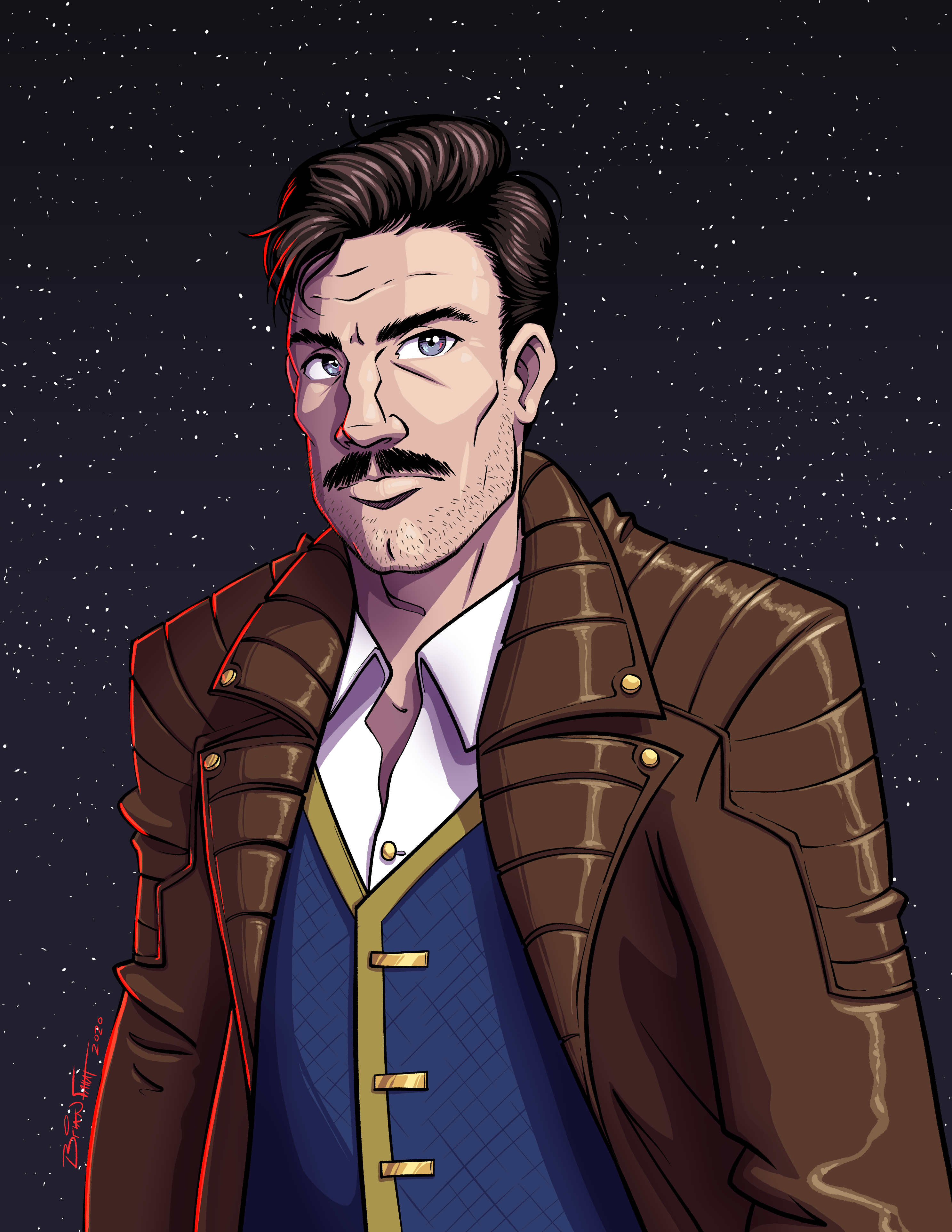 Nev is a rookie smuggler employed by Thakkba the Hutt.

Survival; building a new life on the Black Market.

11 Debt to Thakba the Hutt for his new identity as "Nev."

Tall and imposing, mid-forties and a filled-out 6'2", though not overweight. Dark, wavy, well-kept hair swooped to the side, and dark mustache and stubble with subtle gray speckling in both hair and facial hair. Well-dressed under a long, weathered, leather coat befitting a smuggler.

A charismatic-yet-pragmatic man, Orthaniel was a seasoned politician who remained neutral during the Republic's transition to the Galactic Empire, simply trying to do what was best for Corellia without raising the ire of the new Emperor Palpatine. This made him fairly unpopular in the Corellian political class, which was fairly polarized between Empire Loyalists and those who wished to secede from the Imperial rule. The Loyalists didn't think he cooperated with the Empire enough, while the Secessionists considered him a traitor for his moderate practicality.

Due to the destruction of the Death Star and the major loss, medical supplies were being rationed, and Corellia, among other Core Worlds, was in need of extra medical supplies, especially in the poorer districts. Orthaniel went to Thakba the Hutt and offered to overlook certain spice shipments to Corellia in exchange for medical supplies off the black market. Thakba agreed.

Later, Orthaniel found himself caught in the middle of the feud between the Loyalists and the Secessionists; Blick Ferrick, a Loyalists politician fearing punishment from the Emperor similar to the recently destroyed Alderaan for the activities of the Secessionists, uncovered Othaniel's deal with Thakba the Hutt and informed on him to the Emperor as a way to garner good faith. Since the Secessionists had no love for Orthaniel, he had no protection from Ferrick's scheme.

Orthaniel had no idea of this development, and on his journey back to Corellia from one of his political visits to Coruscant, he found an audio player device on his ship containing an anonymous tip that he was to be arrested at the next spaceport or planet he arrived at. Betrayed by his own government, and now hunted by the Empire, Orthaniel adjusted course, shooting past Corellia on the Corellian Run towards Denon, doubling back on the Hydian Way, then taking the Nanth'ri Route at Exodeen into Hutt space and eventually Nar Shaddaa.

On Nar Shaddaa, he sold his lavish shuttle and purchased a used freighter called the Mudhorn, which had a detachable cargo hold. Shortly after the purchase, Orthaniel found out that the new owner of his former shuttle had run into an Empire patrol that was looking for him. The new owner handled the situation poorly, incurring the wrath of the patrol, who promptly fired on the shuttle and destroyed it. The patrol reported back to the Empire that Orthaniel was killed after resisting arrest. With this stroke of good luck, Orthaniel sought out Thakba the Hutt to ask for assistance with building a new identity, offering to make smuggling runs for Thakba in exchange. Thus began the smuggling career of Nev, secret former Trade Minister of Corellia.

Smuggling was a natural fit for Nev as a former Trade Minister. He knew the ins and outs of the galaxy's shipping routes, supply and demand, logistics, and the various galactic markets, legitimate or illicit. And while his political career rarely allowed him the chance to pilot, as a Corellian, he always loved piloting ships and would do so every chance he had, however rare. So, with his new freighter, adequate piloting skills, trade knowledge, and charming demeanor, Nev's new smuggling career held great promise...