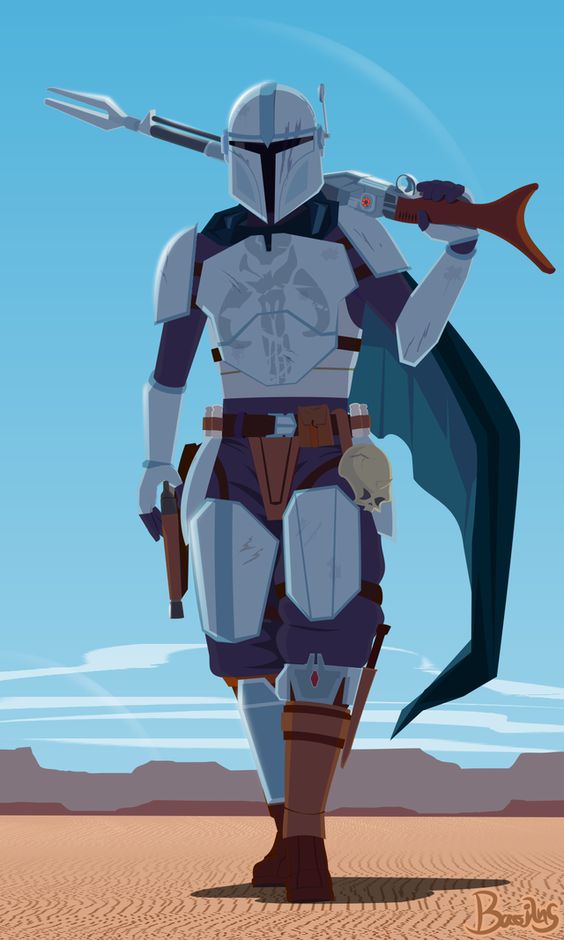 BlasTech DL-7H Heavy Blaster Pistol
- This heavy pistol can do a decent amount of damage, in a package similar to a basic pistol, but the cost for this damage is that it often drains through its power cell quickly.

BlasTech DH-X Heavy Blaster Rifle-
One of the largest heavy blasters ever produced, this weapon can drop an opponent in single-shot and fills a niche between rifles and repeaters.

Mandalorian Armour - This specially crafted armor represents the desire to continue the ancient warrior tradition of the Mandalorians. Few are capable of putting together this authentic outfit, and it is almost easier to kill and steal this armor from someone wearing it. The armor itself is easy to customize, which most veteran commandos do.