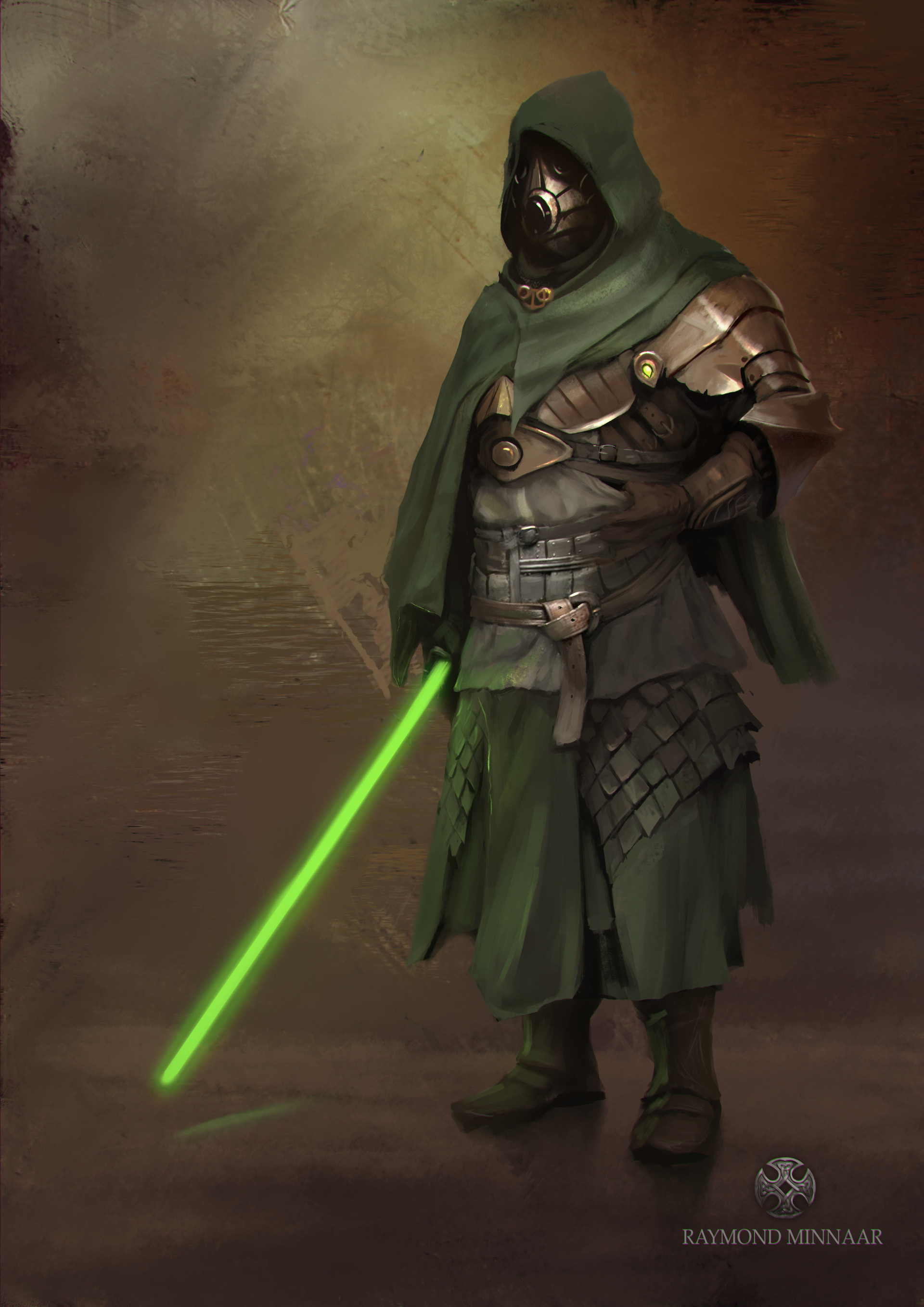 When making an (Athletics) check, may roll an force check additional to the rest. May spend Forcepips to gain Success or Advantage (user’s choice) on the check.

Chinro is a ronin Melitto, his hive got wiped out after falling into a trap while trying to expand, although their soldier-myrmites, Nobe'niei was one of them, were largely undefeated although they failed to deliver a fatal blow to the enemy myrmitrix, the queen of the hive. On one of their campaigns they happened to leave less soldiers behind to protect the hive and this mistake would be their downfall, the enemy hives swarmed in, overwhelmed the remaining myrmites and killed the myrmitrix to claim the hive as theirs, Chinro meanwhile was out on campaign and didnt learn of his fate until he returned to the destroyed hive. He quickly fell into a depression, as the campaign and the subsequent destruction of the hive was largely his arrogance's fault

As he was now a ronin he and the other surviving soldiers left Li-Toran as a massive diaspora happened from the fall of this Hive. Without a Myrmitrix to lead them they quickly scattered around the galaxy and Nobe'niei fell into drug addiction, suffering greatly from this conceived betrayal of the confidence put in him as one of the greater warriors of the hive. At some point he met a Jedimaster, a fellow melitto, he discovered Chinros forcesensitivity and introduced him into the order. The life as a initiate and later a padawan confronted him with many tasks and a great amount of conflict during which he also fought with him now trying to adhere to a spartan lifestyle. Though he managed to overcome his depression and addiction, today as an Jedi and aspiring master he lives a life of ascetism and honor, trying to always adhere to the vow he made to himself as he was accepted into the jedi order

Vow of Honour - Obedience and Honour have always been big things in Chinros life. Not living up to these caused major trauma in his life and so he vowed to never disrespect this elemental things again

Ambition: Expertise - Chinro was brought up as a warrior, war is all he has ever known so he naturally seeks to become the best warrior he possibly could, the force is only a vehicle to improve his martial capabilities to him

5 Duty:
Combat Victory - Victory isnt just a goal for Chinro, it is a prerequisite.

50 Morality:
Bravery - As a Soldier-myrmite Chinro was tought to never waver in the face of danger, he will likely be the first to face any enemy regardless of size and danger

Anger - Chinro never learned any anger-management except for physical training, if hes trapped into a situation where he cant break out to do anything about his anger he may be lashing out against the things and people near him

Chinro is a tall member of his race with roughly 2m in size. Although it isnt really obvious due to his chitin-covered body he looks very strong and muscular for a Melitto.
His Chitin can be largely described as pale, white to beige are his chitin plates and his hair is a muddy, almost gray-looking, white. This gives his Plate-covered face almost the look of ivory which he looks with great pride upon.
He usually