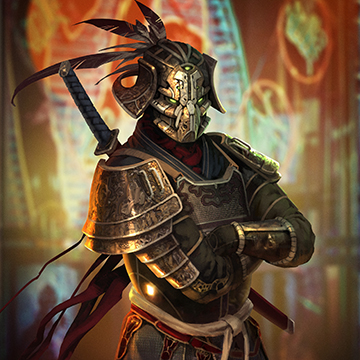 [Custom] Trophy Armor:
Defense 0 | Soak 2 | Encumbrance 4 | HP 1
Special Attributes:
+2 Boost dice to all Coercion checks.
+1 Setback dice to all Charm checks that aren't used to convince or persuade someone of your prowess.

Hatred Towards the Empire: The character despises the Empire. He is not an active member of the Rebellion, but he supports its goals and gives aid and comfort to those against Imperial tyranny.
Lenko seeks to kill the two Imperial Officers who took him from his homeworld of Kalee.

Normal Life: Lenko wants to settle down on a colony planet, build a farm, and start a family. In order to lead such a content life, Lenko needs to deal with all of his obligations and enemies. Not to mention acquire a heap of credits.

+10 Obligation: Betrayal
Even after all these years, Lenko is still wanted by Imperial authorities due to his defection from their ranks. Even though Lenko has traveled far from the core worlds and from those he betrayed over the last ten years, he still needs to remain vigilant if he hopes to stay one step ahead of the stormtroopers tasked with capturing him.

+5 Obligation: Fame
Lenko’s reputation casts a long shadow. Therefore, it is hard for him to move unnoticed throughout the galaxy. This makes covert operations more difficult, but also means that informants are more likely to spill what they know.