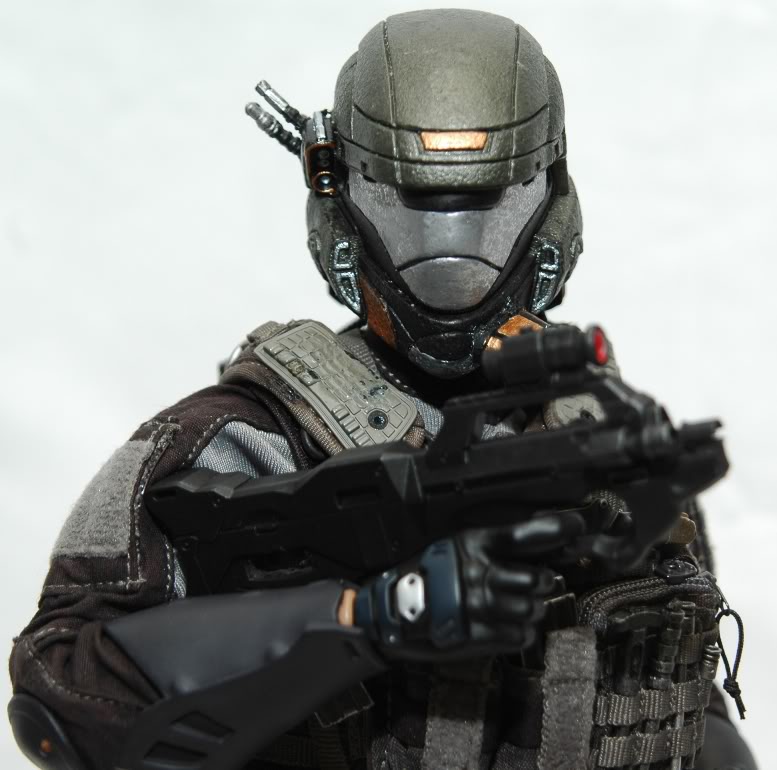 Cybernetics:
Q-22 Retinal Tracker: +1 Adv on all Gunnery and R (Heavy) checks.
Cybernetic Cavity: Hidden Storage (1): holds up to enc 1 worth of items.

Sold off as a child by his biological parents. Doesn't remember much about them. Eventually raised by Mirialans (Redahn & Marla Lux) after bouncing around the circuit a bit. Far as he's concerned, they are his parents.

Spent a couple years working as part of a Merc group. Signed on for more stable pay with the imperials. Didn't realize how fucked the imp situation had gotten.

Helios Taim - Squad captain in his former Merc unit. They have a professionally cordial relationship. But, he still sees him as a Superior Officer to some extent.

Strength: Strives to be a consummate Professional.
Flaw: Vindictive. It may take time to get on the shit-list, but once you're there, it's relentless.

Greatest Success: One Man Army. When his first posting to the Freighter Conduit was hit by a gang of pirates, they wiped out command and a large portion of the crew. Xen spent the next 4 sleepless days waging a private guerrilla war against the pirates, keeping what was left of the crew alive until reinforcements could arrive.