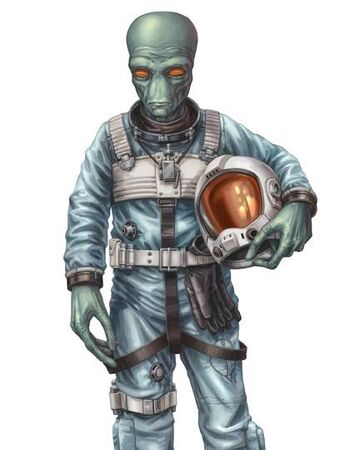 One day, Aldar received a strange transmission from an unknown source on his home planet of Duros. All it said was to "find it." Since that fateful day, Aldar has undergone many changes. The most prominent was that he took up the life of a criminal, stealing a starship to leave the airborne planet he lives on. He stole a modded Nabooian Royal Cruiser from an unsuspecting victim, and took off, never to return. Years have passed since that transmission came through, but Aldar's motivation stands firm. He has had to take up many odd jobs to pay for fuel and supplies, but he still keeps his ship pointed towards the next destination. Once a misfit begging for food on the side of the street, now a masterful smuggler searching for the unknown.

Due to his mysterious transmission, Aldar eagerly awaits the next system. He believes that each may be the last, but that has never been the case. Thus, his disposition gradually turns to frustration whenever he is in a system for too long, as he wants to continually be on the move.

Due to his poverty-stricken childhood and early adult life, Aldar aims to help all those in that same situation. In some ways, it is his side-goal. He believes that nobody should be without food or housing, so he gives what he can to those who need it.

One day, while traveling the Outer Rim, Aldar came across a disposed of astromech droid. Feeling compassion for it, he took it back to his ship and began repairs. To this day Aldar and TK-0 have been partners, never to leave each other's side.