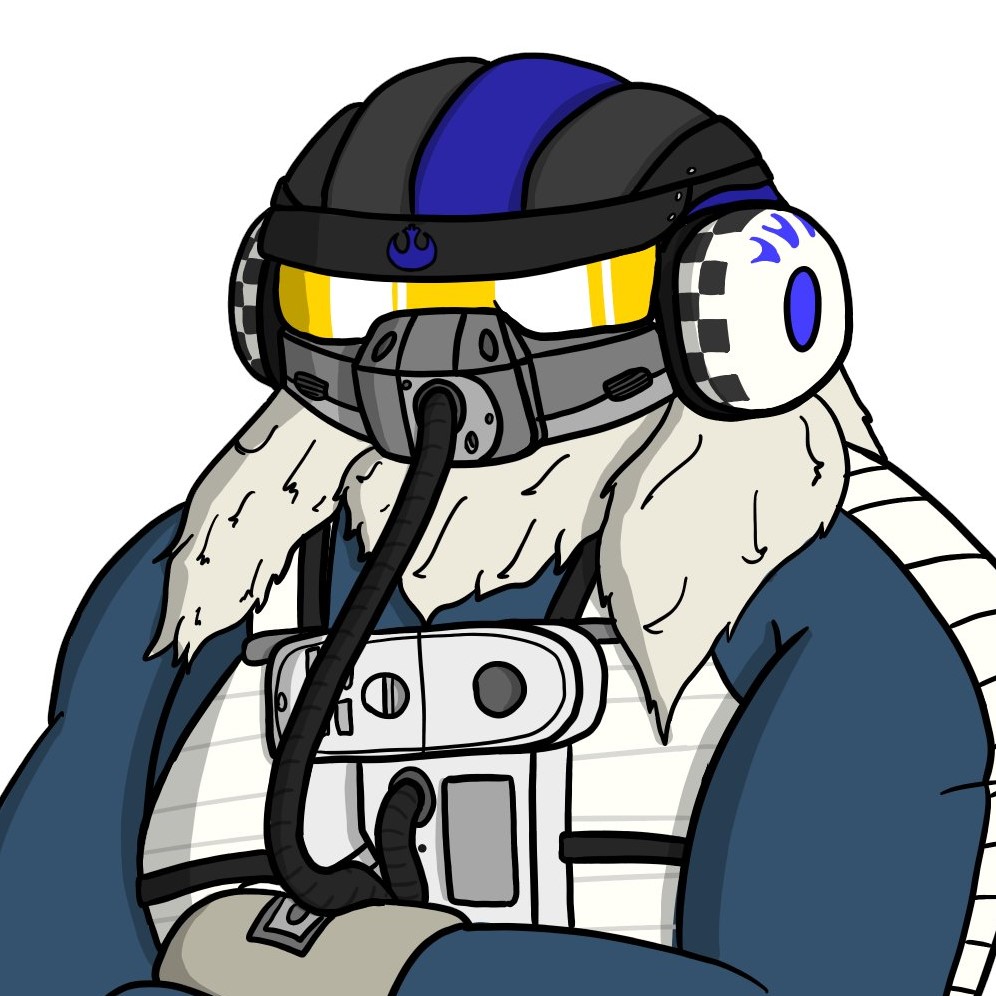 Growing up on the freezing world of Rothana, Kalos spent much of his early life keeping his head down in the factories, performing manual labour and flying transport ships to and from the orbital Shipyards. Imperial foremen didn't much care for your species if you were getting work done. However wanting more than day-to-day monotony out of life, Kalos began to gravitate to the idea of mercenary work.

Looking into the Bounty Hunter's guild, he began his career chasing small jobs on Rothana. A runaway noble's daughter here, a local crime boss there, and eventually the Gigoran had enough for a ship of his own. Leaving the arctic world, he began carving out a name for himself. Though relatively small time, he was earning more than he ever would stuck in the shipyards, and eventually got onto some Imperial contracts.

Kalos never really harboured many feelings against the Empire; generally content to continue keeping his head down as he always did. However doing the Empire's dirty work it became harder and harder to stay in blissful ignorance. At some point after the Battle of Yavin however, Kalos drew a line during a job above Corellia and paid the price~ being shot down to crash into the bay.

Kalos wanted nothing more than to put some hurt towards the Empire, and began hunting down the Rebel Alliance in order to enlist his piloting skills and to get that chance. After making contact, he was eventually transfered to Tierfon base, where he was merged into Torrent Squadron as "Torrent Five".

Ambition: Revenge:
Though the specifics are hard to come by from the irritable merc; it is pretty easy to see Kalos has been hurt by the Empire. His driving force is giving as much hurt back in return; often at the expense of himself or his team.

Combat Victory:
Having joined the Alliance mostly to spite the Empire, Kalos doesn't much care for the Alliance's wider goals. He cares about the Empire hurting, and won't be happy until their best laid plans are shredded to ribbons.

Towering, with white fur. Typically wears his blue flight suit and helmet around the base.