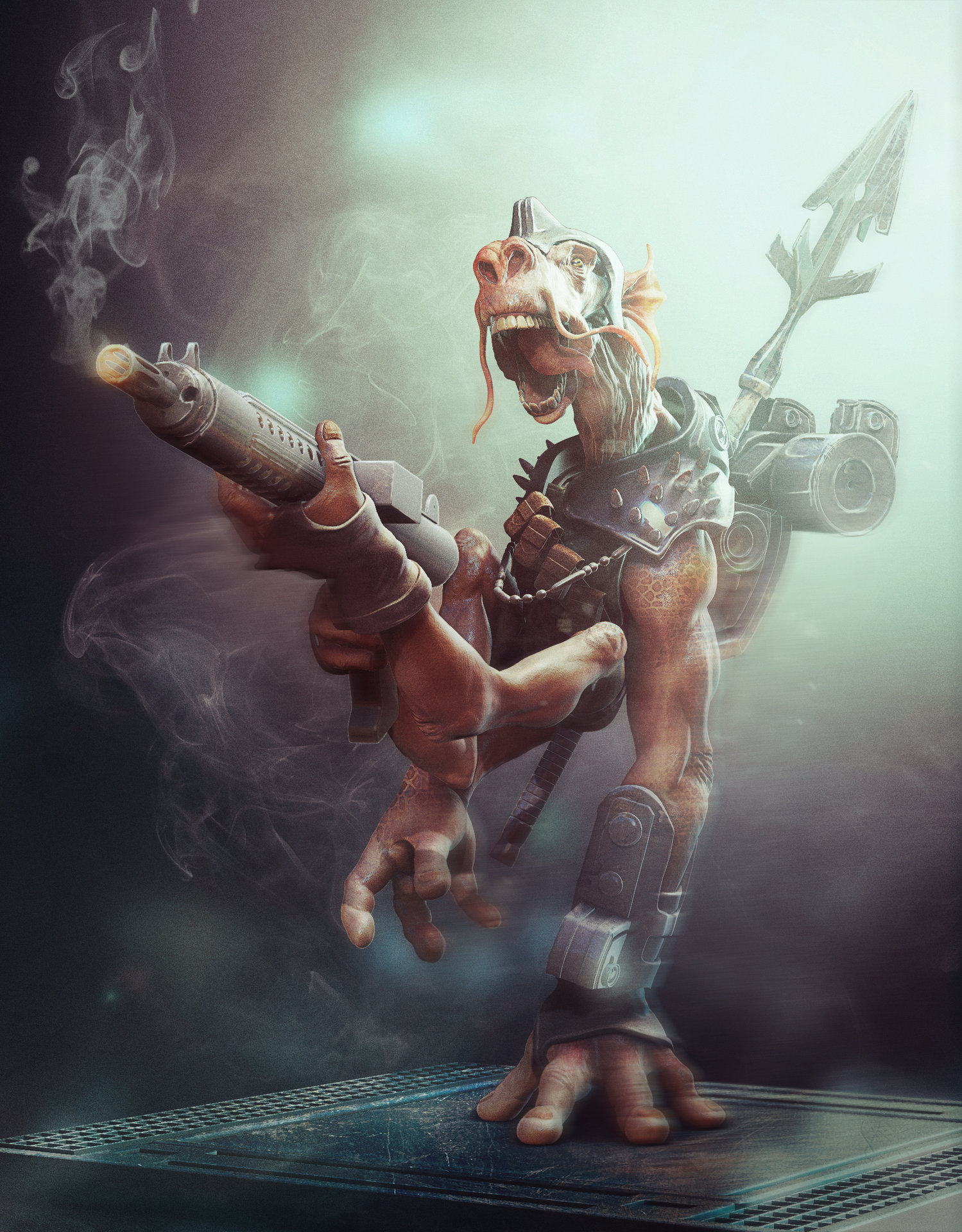 Hunting Goggles (600cr, Encum 0), (boost to Perception checks to locate prey, remove up to two setback due to concealment, darkness or fog and mist from Ranged (Light) and Ranged (Heavy) checks)

Along with his brother Docratha, Bintak was one of many Dugs whose family was oppressed by the Gran. He was also involved in the failed resistance against the Gran bureaucracy. Unlike his brother, he'd always had an affinity for large blasters, and less interest in piloting the nimble craft his brother is fond of. Before joining the resistance he'd started to make a bit of a name for himself as a poacher, and the heat that was building was one of the reasons he joined his brother in rebelling against the Gran. Fortunately he was able to keep a lower profile and his involvement is largely unknown, one of the many points he ribs his brother about.

The Lost: Bintak desires to find a hidden, out of the way part of the galaxy where he can set up his own safari enterprise and give the hunters and marksman of the galaxy a chance to hunt the unknown, all the while lining his pockets.

5 Obligation Criminal - Bintak is known as a poacher in the circles where that matters, though so far it hasn't really caught up with him.

5 Obligation Betrayal - Bintak sold out some of his associates in order to walk away from a poaching syndicate that was busted.

Most Dugs carry an air of surliness to them and ‘Bin’ is no exception. He swaggers around in a leathery jacket, implying it’s one of his kills but in actual fact he purchased it from a hawker on Tatooine.

When not blasting prey from range he’s trying to swindle friends out of their credits at cards, sabacc, or any number of chance games. Bintak considers himself hilarious, roguish, interesting and charming, and for the most part the first three might be arguable. But as for charming, even he knows he's lying to himself.

Despite his many flaws, when it comes down to the business end of trouble, or he's stalking prey, he knows when to focus.