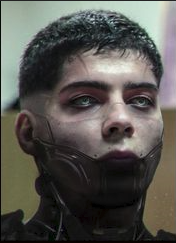 Laki Exshtar is a Royal Prince of Cantonica, and the rightful heir to the throne of Exshtar. The young prince was trained throughout his life to be a political operative, someone who takes down enemies of the Throne and others who dare attempt to stop the needs and rights of Cantonica, through both political and physical means.

Cantonica is an extremely wealthy planet, and its inhabitants have inherited not only the spoils of mass resources such as gold, but also the greater wealth of illegal arms deals and war machine sales. These illegal trades are hidden by many fronts, such as casinos and bars.

The Throne has always wished to purge the planet of such illegal activity, and were actively in war against criminal organizations, ill-motived governments and the manufactures of the illegal arms.

Through Laki's life already, he has been in multiple battles and has served the throne in specialist operative duties for a single year before the suspicious and sudden passing of his Father, the King Akin Exshtar. Laki refused to believe his Fathers death was natural, and went back into operative duties to find the truth behind his Fathers death. 2 Years into his investigation, he suddenly went missing and wasn't heard from again.

Young white male, age 25, 6,1', black hair, pale eyes. Jaw was removed due to battle-injury. Has a mechanical jaw, and is hidden by a black covering that resembles a jaw.

Natural leader and fighter. His only interest is to protect and serve the Throne. Is naturally stubborn and short, but does have a charming side.