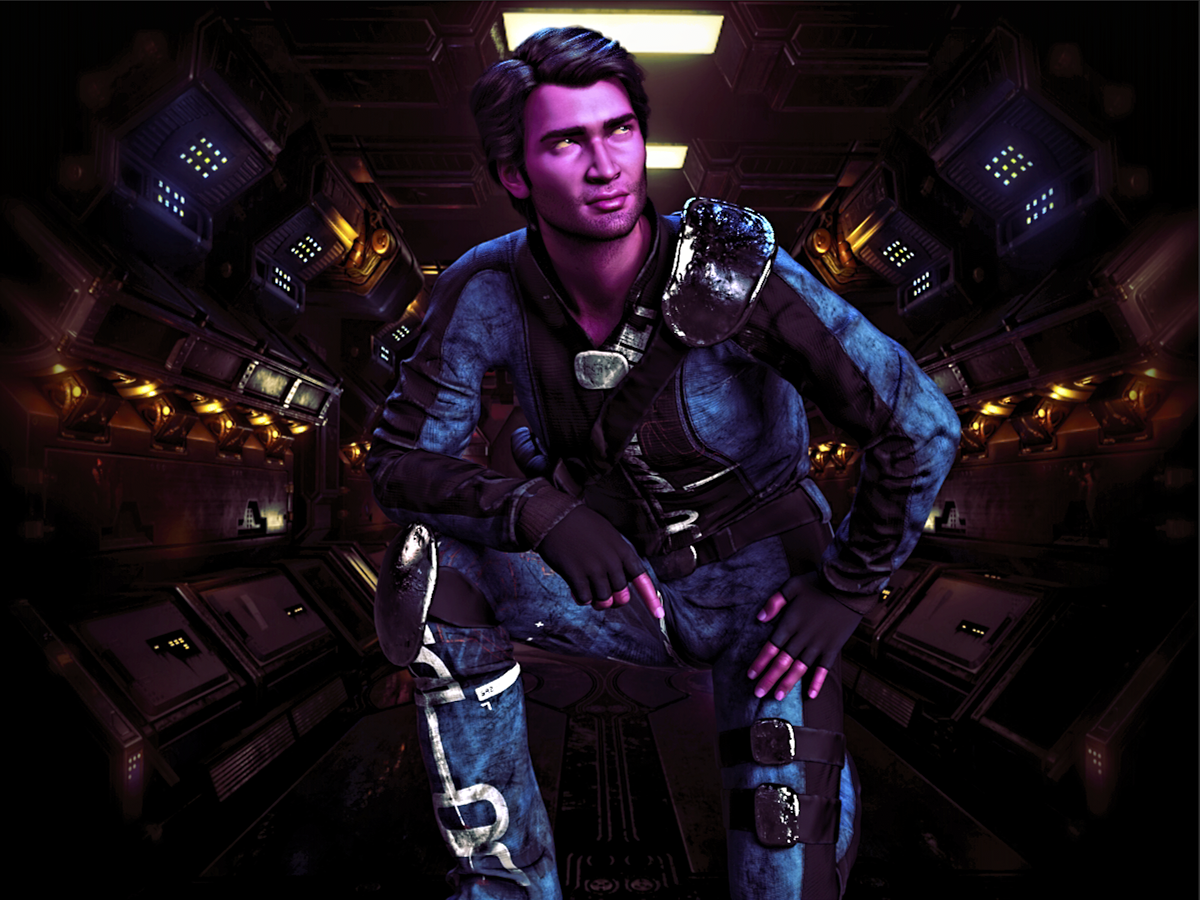 Special Abilities: Zeltrons begin the game with one free rank in Charm. They still may not train Charm above Rank 2 during character creation.

Empathy: Opponents attempting to use Charm or Deceit on a Zeltron receive one setback die on their roll.

Pheromones: Zeltrons receive a free boost die when making Charm or Deceit rolls against opponents they are engaged with.

Knox Kolto grew up on the streets of Nar Shadda during the Empire's reign. Early in his career as a petty thief he was arrested by the local Imperial Garrison for attempting to steal a crate of rations from one of their shipments.

As punishment, Knox was enslaved as a labourer for the Imperials. One of his duties took him to the ancient Sith Homeworld, Korriban. Knox was distinctly perceptive in avoiding booby traps and had uncanny luck in finding valuable Sith Empire Artefacts (once even a functional holicron!).

An aging Archaeologist by the name of Castor Jerrik noticed the boys talent and took him under his wing. Eventually, Castor would buy Knox's freedom and the two would travel the galaxy together as master and apprentice.

The Master and Apprentice would make many discoveries, making and breaking fortunes in their pursuit of ancient treasures. Knox would eventually come to think of Castor as an adopted grand parent.

On an Imperial lead expedition of Malachor V, disaster would strike. Castor was killed when a Sith Temple partially collapsed due to an Impatient Imperial Colonel's desire to break into a weapon's cache through the use of conventional explosives.

As an act of revenge, Knox infiltrated the Colonel's ship and stole his trophy - an intact prototype Sith Lightsaber and a map detailing several Sith Empire weapons caches.

Knox then highjacked a small freighter to make his escape. He would then sell the freigter for 500 credits to a junk dealer and make his way to the outer rim in pursuit of fortune and glory...

Bounty on head (25 - 42): by an ISB Remnant Colonel for stealing a prototype Sith Lightsaber and map from an Imperial Dig on Malachor V.