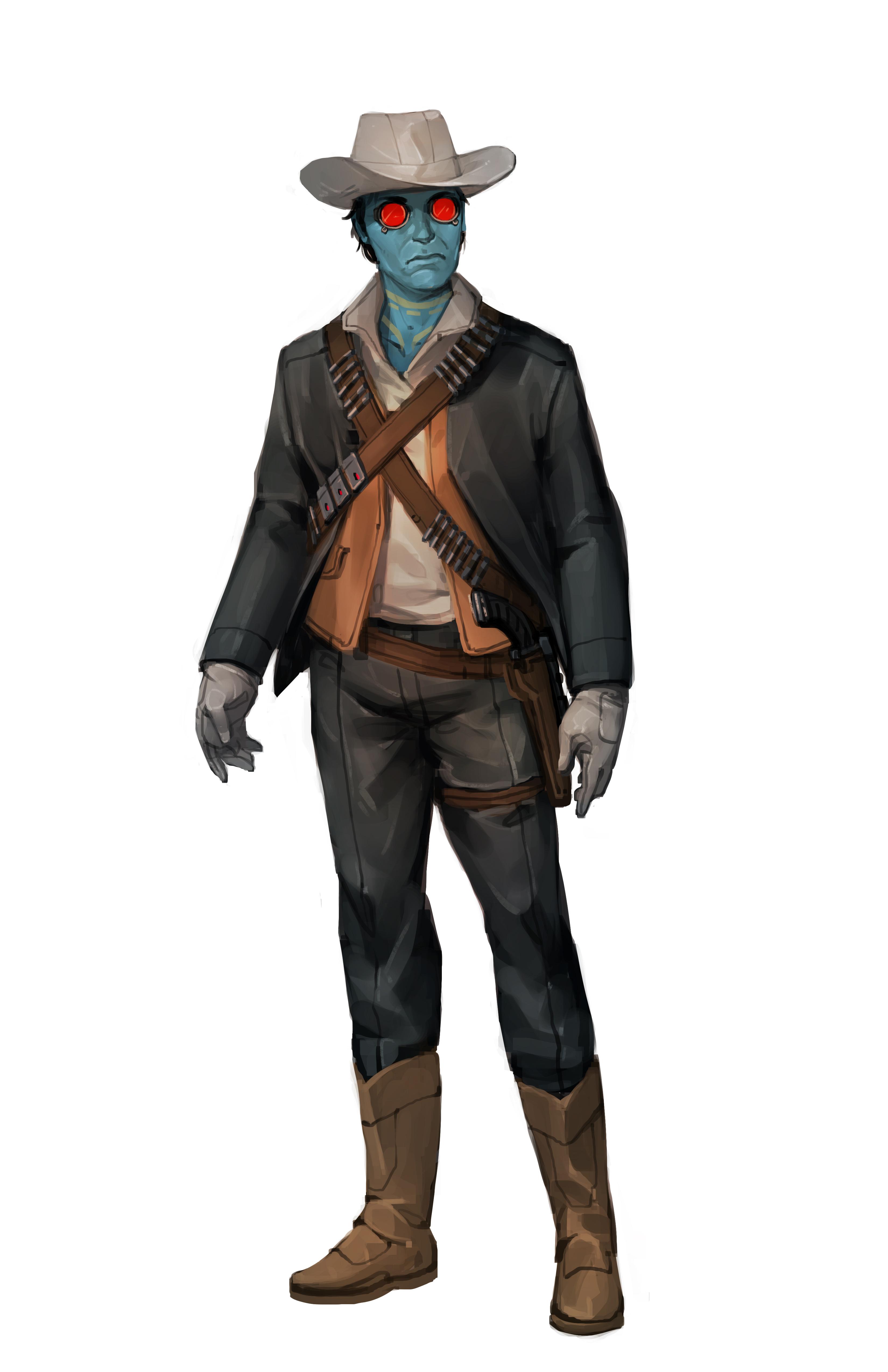 
When standing at a precipice between one life and another, some parts of you cling on with deadly seriousness and some fall away into the void. Luz Syndesi pushed to full throttle and sat back comfortably in the cockpit of the V-wing. He reached into the jacket he was wearing and flipped the wallet in his hands. He’d flipped through it thousands of times and knew its contents by memory. He pulled down the hat he’d found, took a deep breath and thought back to nine years ago on the day that he’d found the dead man.

The Corellian had arrived in his ship only a few hours before. Everyone in town was whispering that the off-worlder had been looking for the Gank who had been holed up on Pantora for the past several months. Luz thought about this as he watched the Corellian fall to a rocky plateau near the bottom of the chasm where he’d been walking. Seconds later, the hat he'd worn when he’d stepped out of his A-wing that afternoon, dropped a few feet from his broken body. Fifty meters up at the chasm edge a yellow armored face leaned over to see without registering any surprise. "It looks like they had a disagreement," Luz thought from the rock he’d hid behind.
Blood was running from the Corellian’s head and flowed from his body in thick lines to fall between the crack in the stone where he’d landed. It pooled at Luz’s feet as he reached up to pull off the man’s boots, pants, bandoliers and jacket. The hat was far too large for Luz's seven-year-old head and the sleek, freshly-oiled gun he found in his holster felt heavy in his hands. He found the man’s name in his wallet, “Ted Yedman.”
"Stupid name," Luz thought.

At first, Luz was too scared to shoot the blaster, even though the man’s two bandoliers had plenty of ammunition for it. He would stare down the sight and watch as the other children harvested milk grass and marsh fungi. He practiced shooting rocks that he'd paint in the canyon. He felt even more confident after the first time he shot it into the woods and found a dead geejaw with a hole in its breast. He didn't have any oil but he used grease from his father’s cook stove so the weapon wouldn't rust. Luz wondered if he'd have the chance to use it in battle someday. He wanted to get good with the gun.

The weather had turned colder than usual when the Empire arrived a few weeks later. They dropped out of the sky, took command of the Corellian’s A-Wing, and searched the homes in the area. Luz was worried they'd find the blaster but figured it was safe in the box he'd hidden in the chasm’s crevice. One of the Imperial officers walked into his father’s house during dinner that evening and smiled wolfishly at Luz and his father, who was the trade market manager for their village.
The officer, a large, scarred, man with hazy green eyes, asked his father quietly, “Have you seen anyone bringing offworld weapons or materials through the market recently?” The question and the man were both strangely friendly and menacing at once.
After his father responded that he hadn’t, Luz asked the man if he could ask a question. His father stared at him with wide-eyes as the grizzled officer looked thoughtfully at the boy and nodded.
“Are other worlds much better than this one?”
The man barked out a loud laugh at this, until he looked down at the boy’s serious face and chuckled, "Much, much better." On that visit, the stormtroopers didn't find where the Gank was hidden but word spread that they had found the plundered remains of the Corellian.

Several months after they had left, Luz chanced to find the Gank’s forest hideout. He'd heard movement while he was walking in the woods and silently watched as the yellow-armored alien gathered food and walked to the spot where he'd covered and stowed his V-wing deep in the woods. Luz followed him to a nearby cave and watched him enter.
Luz started to keep track of the Gank’s comings and goings and watched with surprise at some of the food the alien was desperate enough to forage in the forest. After a couple of weeks, signs of the Gank stopped and Luz grew more curious. With a shaky hand on the blaster, he crawled into the cave and found the Gank's rotting corpse. Beside him were a few discarded berries from the thornsuckle bush that he’d seen him gather. Young Pantorans were made well-aware that these berries caused your muscles to seize up and your heart to stop. Luz didn't think it was a better way to go than to get killed by the Corellian or the Imps. Inside the cave, he found some letters, an old long-range communication system, and what looked like diagrams for different ships and weapons. Maybe that was what all of the off-worlders had been looking for.
It wasn’t much later that day that Luz had excitedly worked up the courage to try and start the starfighter. There were a lot of switches in different places but he had watched the trading freighter pilots his father knew go through pre-flight checks many times. He wished he had asked them more questions. The branches of the trees scraped loudly over the hull but with some effort he managed to pull it up into space. Getting it back down was much more difficult. Luz spent a lot of the next couple of weeks trying to repair different connections in the wiring on a section of the hull that had ripped free but the old V-wing was eventually able to fly again.

A couple of years passed and, as the Corellian’s hat and clothes began to fit him better, he started to gain more confidence in his flying. The other kids had long stopped wondering where he'd wander off to alone most days. Unfortunately, Luz was still stuck on Pantora. The ship had no hyperdrive and had no way to fly out of the sector but that didn't stop him from learning how to use the V-wing. He stayed away from the marshes where his people were harvesting and kept to the canyons and the woods. Luz would grin like mad at the extreme speeds the V-wing could hit. After those few years of practice, he could nearly fly all of the canyons on Pantora blind and really began to feel like the ship was an extension of himself.
On his way back to his village one night, late from trying beyond-vertical-pitch barrel-rolls that let him rapidly shift the V-wing’s direction, he heard the sound of a spacecraft coming out of the sky. He watched the large, ponderous bomber fly over and drop its payload on the distant buildings of his village. As Luz turned around and ran back to the V-wing he felt the first concussion missiles hit the ground and the shockwaves that spread out from the village.
"I’ll come up with a plan," he thought. Maybe he could fight the bomber head on or see if he could take the ship to the nearest planet and find help. The nearest world was Orto Plutonia, where the Talz lived. By the time he got back to the V-wing, the pounding runs of the bomber had ended and Luz had a sinking feeling that everyone he knew was dead.

The Talz were welcoming to Luz even if it was difficult to communicate at first. There had been conflict between the Pantoran’s and the primitive Talz during the Clone Wars but their culture had developed rapidly since then. Trade of Narglatch pelts to Trandosha had begun bringing offworlders and wealth to Orto Plutonia. Several translator droids were present in the village to help with transactions and to make offworlder’s stay on the harsh world more pleasant.
The leader of the furry-white insectoid beasts was a shaman who they called Gurrek or at least what sounded like that to Luz’s ears. He asked why Luz had come and Luz told him about the bomber but lied about the V-wing and the clothes and said they were his. He’d introduced himself as Ted Yedman and said he would help in their village if he could stay there for a while.
The Talz gave Luz a place to stay and asked him to help them with the small transport ship they had managed to save up and purchase. They still lived in fear that the Empire or pirates would come to their planet and destroy or enslave them. The Talz called him Ted and stared and pointed happily into the sky when he flew his V-wing above their village. They showered him with gifts of bone jewelry and a private hut and asked him to continue to fly for them. Gurrek said that it made his people feel safe and that they very much enjoyed the acrobatics he did. So Luz stayed with the Talz, he learned to tune the V-wing, and he formed connections with the people there. He liked performing for them and worked up new acrobatic maneuvers with every chance he got.
During their harvest festival each year, the Talz dug underground to harvest the ice moss that spawned in the subterranean catacombs. The soup they made with it was disgusting to Luz but it made the Talz very happy and very sleepy. After his fifth harvest festival on Orto Plutonia, Luz knew that it would be difficult if not impossible to wake them for nearly a full day but he still tried when the large Imperial transport arrived. He hid from the Imps as they landed and watched as they gathered the large Talz bodies onto their powered sledges and stowed them in cages in the rear of the transport. It was the quietest and easiest slaves the Empire had probably ever acquired.
Luz seethed with frustrated anger from behind a snowbank but knew from the look on the scarred officer’s face, the man with the hazy green eyes, that he was prepared for the Talz to wake up at any moment or for anyone to try and interfere with his operation. So again, Luz waited until they left, got in the V-wing that was safely hidden away, and tried to fly to the nearest inhabited planet. This time, as he sat in the cockpit with the stolen hat pulled down over his eyes, he knew that he wouldn’t let the Empire do this again. He had to find others to help him. He was done being alone in his thoughts and frustrations and knew he had to do whatever he could to bring people together to fight.
The only problem was that Luz wasn’t a fighter. He didn’t talk much to people and he ran from his problems. As he twirled the wallet in his hands again he thought, "Well, maybe Ted Yedman is a fighter. Maybe he knows how to talk and find more angry people. Putting on a costume always felt better than being myself."
So with little idea of what he’d find at the next planet, Ted Yedman left a life behind and stepped across the precipice.

This is the Gank-piloted bomber I imagined attacking the Pantoran village https://swfanon.fandom.com/wiki/G-094_Heavy_Hutt_Bomber

Recruiting people to fight the Empire