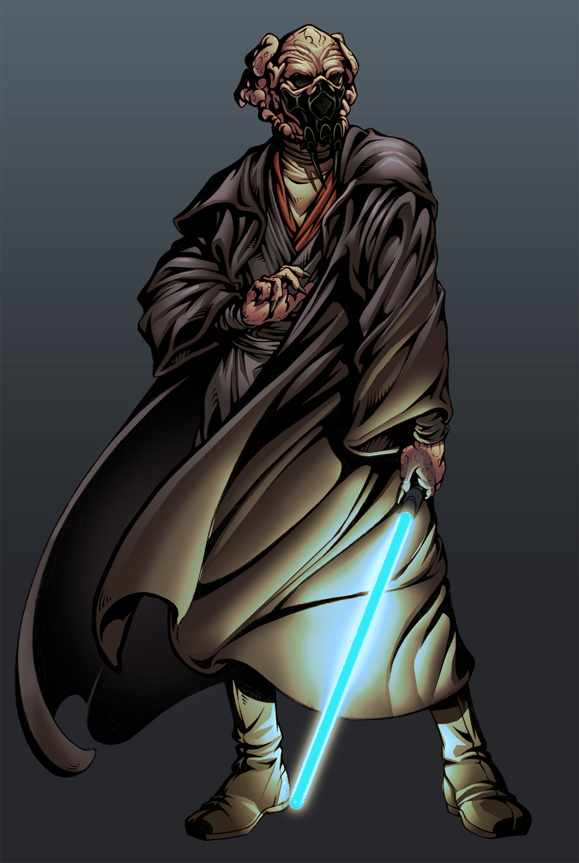 When making an Athletics check, the Force user may roll an Enhance Power check as part of the pool. He may spend Force Point to gain Success or Advantage (his choice) per point on his check. This counts as a normal Force power check in every way—it is simply combined with the overall skill check.

The user may spend Force Points to see out to medium range for the remainder of the round (or one minute in narrative time), and can see everything most sentients can see on a well-lit day. This functions even if the user normally can't see due to darkness or blindness.

The user may spend Force Points to heal a number of wounds equal to his Intellect on one engaged living creature (including himself). This counts as a use of a stimpack on the affected target. This means a single target may only benefit from five uses of Heal over a twenty-four-hour period, and his uses of Heal also count against the limit on uses of stimpacks (and vice versa). The user may not activate this multiple times.

1) Orem comes from a line of Force users and his sensitivity has always been a part of his life.

2) Sticking to the Baron Do Sages philosophy of deep contemplation before acting, led him to delay reacting to a vision of his sister in danger. That decision haunts him to this day as it may have cost his sister her life.

3) As a result of his sister's death, he decided to explore other Force traditions, specifically ones that were less afraid to act. That led him to seek out the New Jedi Order.

4) Zedo, a 30-year-old Mirialan Jedi scholar who acts an unofficial mentor to Orem. She spends most of her time examining and researching other Force traditions.

Orem Ress came from a long line of members of the Baron Do Sages, his force sensitivity evident at an early age, and he spent most of his adolescence studying their methods. He was on the cusp of adulthood when tragedy struck. He had been in meditating when he had a vision of his young sister, Sheerri, screaming in agony. He wanted to contact her immediately, but was unsure what to do, remembering the patience that the other sages had always stressed. Rash action wasn't there way. Instead, he spent some time calming himself. It was only after this that he learned that his sister had died in a tragic accident. Others tried to console him, pointing out that it was unknown whether he could have prevented the tragedy, the timing of his vision relative to the crash uncertain. However, it had already planted a seed of doubt in the Kel Dor's mind. Maybe he could have saved his sister. Maybe the Baron Do way wasn't best. Maybe there was a time to simply react.

In an effort to learn more about the different disciplines, he sought out the NJO to learn its methods. He looked up Zedo, a female Mirialan Jedi Knight he'd once met when she'd visited the Baron Do on her own soul-searching mission. It was her who arranged the meeting with Master Skywalker. Originally, Orem had no plans to join the Order, but found himself more in tune with the Jedi way of acting when necessary.

At first he had trouble finding his place. There were those in the Order who spent their time doing research and studying, things at which he could have excelled, but that wasn't for Orem. He hadn't left the Sages to not act. But he was far from a warrior, couldn't fix things or pilot spacecraft.

A speeder accident gave him his calling. A young woman was trapped inside the wreckage as the flames grew closer. Orem reacted instantly, running towards the fire burning himself in the process. He had just managed to pull the woman out when the speeder exploded. Her injuries were severe, but Orem used what little he knew about emergency first aid to keep her alive until help arrived.

Again, he found himself wishing that he, or someone, had been there for Sheerri, and he realized he could be that person for others. He devoted himself to learning the healing arts, aiming to help as many people as he could while pursuing his knowledge of the Force.

72 - Compassion: The character cares about the tribulations others face, and wants to help those he comes across. His compassion may lead to self-sacrifice in order to aid those who need it.
Indecision – Orem is trapped between two beliefs. The first is the reflective, slow to act nature of the Baron Do Sages he grew up with. The second is the reflexive, "act now" attitude that might have allowed him to save his sister. He can find himself stuck in the middle, not reacting fast enough or thinking things through enough.

Zedo – A Mirialan in her early 30's, she has had a solid, though uninspiring career as a Jedi Knight. Known mostly as a scholar, she has always been unsure of the correctness of the teachings of the Order and keeps studying the alternatives, spending time with the Baron Do and the Findsmen, while also researching other traditions like the Fallanassi and Aing-Tii.

It was during her time with the Kel Dor that she met a young Orem, an event that was largely forgotten in her mind until he sought her out. Feeling a kinship, she arranged for him to visit the NJO, eventually helping guide him when he decided to stay. She has acted as a "big sister" to him as he's adjusted to life inside the NJO.

Contacts: Detective Soto at The Wheel (Hide and Seek); Shaneeka Retarma of the Consortium for the Preservation and Expansion of the Galactic Histories (Extensive Research)