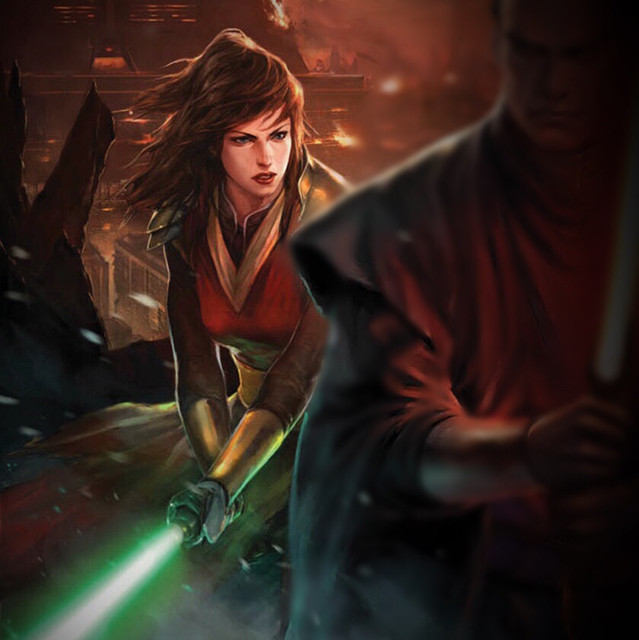 The character may attempt to guide, shape, and even twist the thoughts and feelings of others.

The character may spend a Force Point to stress the mind of one living target he is engaged with, inflicting 1 strain.

Shamara was born to superstitious parents in the slums of Coruscant. She had exhibited an affinity for the Force at a young age, which caused her parents to isolate her and punish her for her abilities. One day, she was rescued by Jedi Healer Tanaris Vrei. Tanaris brought Shamara before the Jedi council, and Shamara soon adopted a new family.

When Shamara completed The Gathering, she had hoped to be assigned Tanaris as her master. However, Tanaris saw Shamara's prowess in combat, and recommended Shamara be trained by Tanaris' good friend, Yeylal Noc. Yeylal was a Niman practitioner, and proved better suited to hone Shamara's combat capabilities.

Though still a Padawan, Shamara was among the Jedi sent to Geonosis to rescue Master Kenobi and Padawan Skywalker. Her proficiency in the Soresu style defended her and her allies. Her bravery led to Yelal Noc recommending her for immediate acceptance as a Jedi Knight. His recommendation was granted, and Shamara goes into the Clone Wars with her former master now a peer.