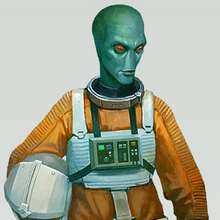 Note: If U-Wings become available while in the Respec window, will change from Y-Wing to U-Wing

Kodo Jakal joined the Rebel cause in the way of his friends before him. He also performed a rather simple calculus with regards to war. Namely, that in any conflict there is the concept for a Force Multiplier, or a role that can enable the success of others. To that end, Kodo took up the route to become a tank driver and Y-Wing pilot, two of the least glamorous but also important roles on the battlefield.

It doesn't matter if you fly a bomb wagon, as long as the bombs get where they need to go.

Prove the tactical superiority of CAS and tanks when enabling allied troopers.