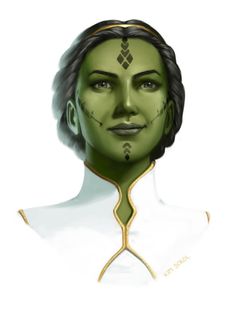 Earbud Comlink (Earbud comlinks have a usable range of long. Noticing that an individual is wearing an earbud comlink requires a Hard Perception check.)

When making an Athletics check, the user may roll an Enhance power check as part of the pool. The user may spend Force points to gain Success or Advantage (her choice) on the check. (Remember, this counts as a normal Force power check in every way—it is simply combined with the overall skill check.)

The user may spend a Force Point to heal a number of wounds equal to her Intellect on one engaged living creature (including herself). This counts as a use of a stimpack on the affected target. This means a single target may only benefit from five uses of Heal over a twenty-four-hour period, and his uses of Heal also count against the limit on uses of stimpacks (and vice versa). The user may not activate this multiple times.

The user may spend a Force Point to inflict a number of wounds (ignoring Soak) equal to the Force user's Intellect on one engaged living creature. The user gains 1 Conflict. The user may not activate this multiple times.

The user spends one Force point to stress the mind of one living target he is engaged with, inflicting 1 strain. The user may activate this multiple times, increasing the strain inflicted by one each time.

The user chooses herself or one ally she is currently engaged with and makes a Protect power check, rolling an Average Discipline check as part of the pool. To raise this Force barrier, she must spend 2 Force points to activate the power and she must succeed on the Discipline check. Once the power is activated, if the target of the power suffers a hit from a blaster shot, Force power, lightsaber, or other energy attack before the beginning of the user's next turn, the character may reduce damage by an amount equal to his Willpower characteristic plus the number of Success scored on the Discipline check. The power may only reduce damage from one hit during its duration. Dark side Force users may only protect themselves with Protect. The user may not activate this multiple times.

The Force user makes an Unleash power check and rolls a ranged attack as part of the pool. The attack uses an Average Discipline check instead of the normal difficulty for ranged attacks, and only succeeds if the user also spends 2 Force points. The attack has a range of short, a base damage equal to the user's Willpower, and a critical rating of 4. The user gains 1 Conflict. The user may not activate this multiple times.

The user may spend a Force point to sense all living things within short range of herself (including animals and sentient beings). The user may not activate this multiple times.

The user may spend a Force point to sense the current emotional state of one living target with whom he is engaged. The user may not activate this multiple times.

Once per session as an out-of-turn incidental, the character may spend 2 Destiny Points to activate Peerless Interception. Until the end of the character's second turn after activating Peerless Interception, when she uses Parry or Reflect to reduce the damage of a hit, she reduces the damage by an additional amount equal to her current Force rating.

Beginnings: Comfortable with tech
Attitude towards the Force: One with the Force
Reason for adventure: Academic

She follows an older version of the Jedi Code (this probably indicates that her early years were not spent at the Coruscant Temple; maybe the Corellian Temple, or one of the others instead):
"Emotion, yet Peace.
Ignorance, yet Knowledge.
Passion, yet Serenity.
Chaos, yet Harmony.
Death, yet the Force."

"I am one with the Force, and the Force is with me."

Sunset/death prayer of the Guardians of the Whills in Jedha: “In life there is the Force. In the Force there is life. And the Force is eternal.”

Injustice: Slavery
Mireska has always stood against the exploitation of sentient beings, but the Clone Wars have made this far more complicated.

Regardless of their clear use and valuable contribution, Mireska cannot get past the fact that the clones are slaves, born for war with no choice in their path. She does what she can to help them and lift their spirits, hoping that someday she can help them reach freedom.

Ambition: Discovery
The clones are an enigma, from their cloudy origin to their past training. Mireska seeks to gain a better understanding of the clones, so that she can better help them.

Cause: Galactic Peace
Mireska's most immediate concern is the war conflagrating around them, consuming the galaxy. It must be put to an end, for the sake of everyone.

Morality: 45
Conflict:
War-fighting subtracts 2 from the roll before applying Conflict.

Please note: while the image at the top is a good picture for Mireska, she does not have the lower half of the single lines leading diagonally up from the corners of her mouth. (Also, her eyes are blue, not green.)

Normally dressed in her teal-colored working Jedi Healer's uniform (dress version is white, like the picture at the top of this page).