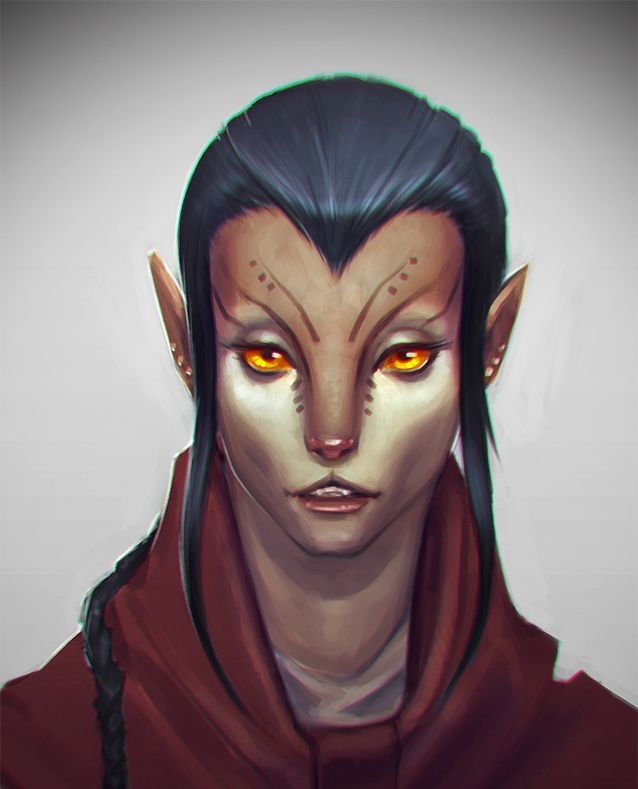 The Down and Out - Wrong Place, Wrong Time


Suni started her story when she was captured and sold into slavery by pirates on her planet Cathar at the age of 6. The person who bought her was a smuggler named Aarocha on the planet Rishi, she would work for him doing random labor, at first just tidying up the house and running errands but when she got older she started to do heavier labor growing surprisingly big even for a Cathar. When her work was done she was allowed to roam freely as long as she caused no trouble, Aarocha's reasoning for this was not known to her; maybe he thought there was no harm, perhaps it was fear, or maybe he just didn't want to deal with her, regardless this freedom allowed Suni to learn much about life as a whole--she would commonly feed herself finding wildlife and would get in the occasional brawl which she nearly always won till some people learned that she had prepackaged weapons in her hands and simply stopped fighting her. When Suni reached the age of 18 her slaver decided to sell her off but Suni saw opportunity in this knowing how much of a sleaze Aarocha was she promised that if he helped she would make it worth for him after she became free--this was a lie but any promise of wealth was enough for him to do nearly anything and it seemed like a safe plan for him so he accepted. He got the best tinkerer in town to modify Suni's collar and cuffs to unluck on a timer and said that was the best he could do, with this Suni could, given the opportunity, escape at least. Suni would travel on the slaver's ship for the next week stuck in a cell--her restraints unlocked every 24 hours however Suni had learned to rely on the solar cycle for telling time and had no concept of it aboard a ship. At the end of the week the slave ship arrived at another planet and finally it was time for her to get off, just when she was being let out of the cell he restraints unlocked; she realized right then this was likely her only opportunity she was going to get, she was being escorted by a guard in front and behind her; she killed the one behind who wasn't expecting it then made a standoff with the one in front who had a force pike, she baited a strike from the guard then disarmed him promptly killing him. After tearing out the second guards throat she turned around only to find the door wide open and a handful of guards coming from the planet who looked just like the two she just killed, she fought for her life but was quickly knocked out from the prodding of force pikes. Suni awoke in a cell likely assumed to not be slave material where she was going from here she did not know.

Ambition, Freedom - Having been a slave for the later part of her years she wants nothing but to be free

Criminal - Suni was a slave who made an attempt at freedom by killing her possessors but was recaptured and sent into imprisonment likely to be executed, sold to imperials for testing, or perhaps even for readjustment.
Obligation value - 10