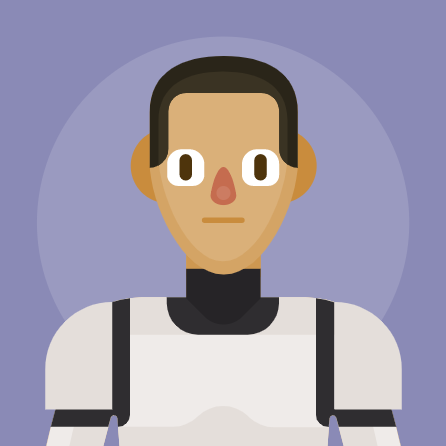 The O'Sora family has had a long line of duty serving as peacekeepers. From the Republic into the Empire, Dend had been surrounded with a sense of duty to his friends, family, and to those around him. To him, the Empire meant peace and prosperity for all.

Growing up, Dend and his father had spent countless hours working on vehicles and gadgets together. Though Dend had always supported the Empire, he thought he would pursue a career as a mechanic for a shop somewhere in the Mid Rim. His mind immediately changed when he learned that his father had been stationed on the Death Star II during the Battle of Endor.

Although Dend has been angered by the death of his father at the Rebellion's hands, Dend has always known that the Empire has meant peace and safety across the galaxy. He wants to ensure that peace is restored to the galaxy and he firmly believes that the Empire was the best way to do that.

Dend knows he isn't the most combat effective, but he has spent all of his life fixing and building anything mechanical, and he knows that that is his best way of helping his cause. If something needs fixing or building, you can bet he'll be the one who wants to do it the most.